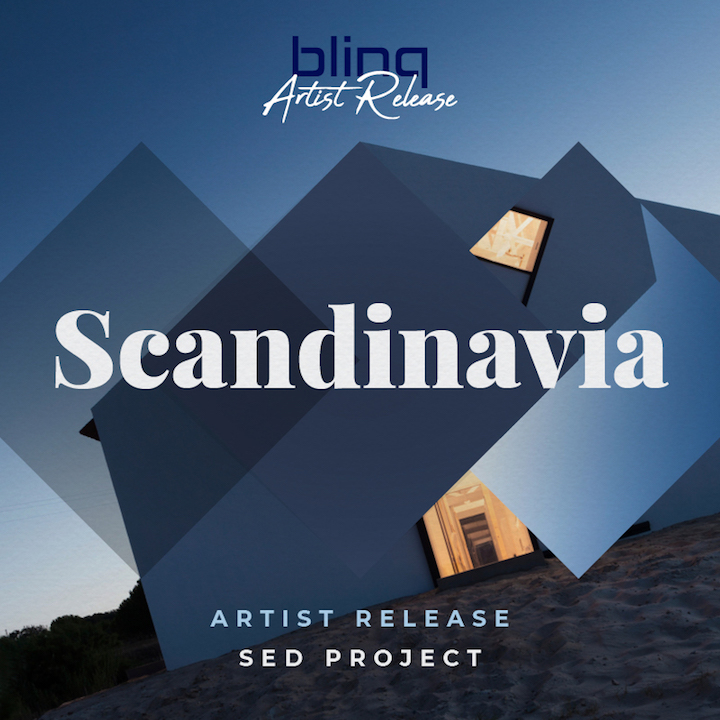 Emerging reinvigorated after a brief hiatus, Sed Project return to the razor’s edge of the underground electronic music scene with a first for innovative Dutch imprint, Blinq. Unique in their world view, the Dutch pairing of Jean-Paul Grobben and Serge Dusault continue to evolve their musical paradigm, shifting into new and exciting directions as “Scandinavia” now finds itself in the pantheon of Sed Project releases.

Talented musicians in their own right, Grobben & Dusault were approached by Blinq Music after the release of second album “Endurance”, to create an eight-track album with specific timeframe guidelines that would challenge their creative flow and create a new sonic architecture for their innovative sound. Always able to meld live instruments with computer-aided technology, Sed Project’s sound has consistently created a sonic collage that is as distinctive as it is unique. Tackling themes of love, life and death on “The End”, “shining the light on darker things” became a focal point of the 2013 album on Proton Music, while 2017’s “Endurance” for Particles began with visions of nostalgia and new worlds but ultimately shifted to the terrible themes that defined 2017 in a year dominated by Syrian conflict and refugee flight.

Now an entirely new theatre of dreams is represented in “Scandinavia”. Using the principles of onomatopoeia to describe individual pieces, the whole album is tied together within its Nordic theme. With both Grobben and Dusault well-acquainted with Iceland and Sweden the album is an eight-track collection of sonic masterpieces, rooted in a seamless meld of organic and synthesised. The droplet-like melodies of “Waterfront” open the floodgates on the raw bassline energy and crisp drum patterns of “Northern Light” while the subtle, rolling cadence of “Highlands” and “Glacial Lake” are the perfect rhythmic counterpart to rich melodic flow.

Intricate acoustic drums are to the fore in “Skogafoss” as a gated chord progression provides contrast for sumptuous melodic ice floe to emerge from a sea of sound. A strong breakbeat pattern yields magnificent results in “New Grass”, rising and falling with ease as counterpoint melodies are entwined within, while the stripped back nature of “Glacier” allows complex rhythmic rolls to dominate before the cut away to reveal a cinematic soundscape of strings and soaring melody. Closing out proceedings, “Peninsula” has a nostalgic edge as melancholy chord progressions and evocative melodic tropes provide the perfect final act.

With the cool, calm sounds of “Scandinavia” to the fore, Sed Project have entered a brave new world.